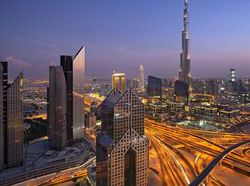 Dusit Thani Dubai is located on Sheikh Zayed Road, in the heart of Dubai’s financial district. The World Trade Center and the...

With a stay at Jumeirah Zabeel Saray in Dubai (Palm Jumeirah), you'll be close to Skydive Dubai and Aquaventure. This 5-star hotel is... 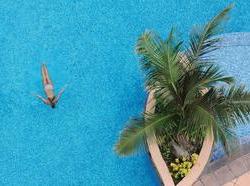 Located within walking distance from the Arabian Gulf beaches, the Mövenpick Jumeirah Beach is a chic and modern 5-star hotel in Jumeirah...

This hotel has a privileged location on the Sheikh Zayed Road, opposite the International Convention Centre of Dubai. The Burj Khalifa,...

Located directly on its own private beach in the Palm Jumeirah, Fairmont The Palm is a 5 star hotel, offering luxurious accommodations... 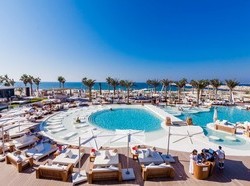 A seating area with a flat-screen TV with cable channels. You will find a Nespresso machine and a kettle in the room. Each room comes... 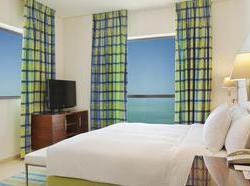 This property is 1 minute walk from the private beach. Located on The Walk near Dubai Marina, just steps away from numerous beachfront... 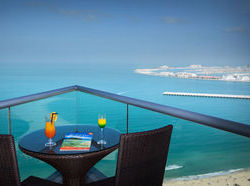 Located on Dubai’s famous The Walk on Jumeirah Beach Residence just steps away from Jumeirah beach, with endless shopping, dining and...

Address Dubai Marina is directly linked to the popular Dubai Marina Mall, which features 160 stores from eclectic boutiques to high-end... 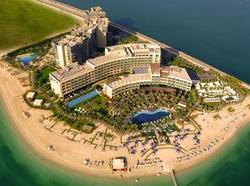 Located in Dubai, an 8-minute walk from Anantara Beach, Rixos The Palm Luxury Suite Collection provides accommodations with a restaurant,... 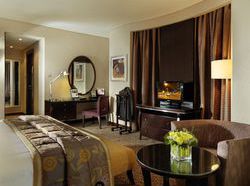 Setting a benchmark for comfort and style in Dubai, soaring 1093 feet, 72 stories and the World’s third tallest hotel, Rose Rayhaan by...

You will feel at home at Atlantis The Palm Dubai, quality accommodation and first class services. The city center is only 10 km away and... 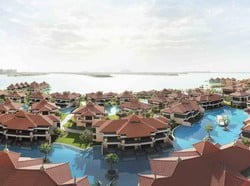 This is one of the seven emirates making up the country known as the United Arab Emirates. Although it isn’t the nation’s capital, Dubai, where tradition and modernity go hand in hand, has succeeded in transforming itself into an international reference point and headquarters of a large number of multinational organizations. Skyscrapers exist side by side with the most conservative Arab roots. It’s a Western port in the Middle East, a key focal point for foreign investment and an important centre of cultural interest and leisure.

The population of Dubai encompasses 1.5 million inhabitants, including Arabs and Westerners. The vast majority of the residents of this city are foreigners, as they cannot become citizens, so in a sense, everyone is just passing through. Although the official language is Arabic, Dubai is a modern-day Babel where you’ll find people of all nationalities serving locals and foreigners, alike. The city places great emphasis on industrial, urban and technological developments, which are its primary sources of investment and employment. The city’s offering is rounded out with leisure and services. The Dubai International Airport is the main headquarters of the national airline Emirates, making it the entryway into the country.

In Dubai we will have clear sky, light clothing is recommended as the temperatures will be warm throughout the day.

Points of Interest in Dubai

It depends on the category of the hotel. If you want to stay at a 4-star hotel in Dubai, the average price per night is €25, while you will pay an average of €32 for a 3-star hotel, and in a more luxurious 5-star hotel, you"ll pay around €62.

Hotel Dubai International is the closest one to Dubai.

You can make reservations at Grosvenor House, a Luxury Collection Hotel, Hotel Raffles Dubai and Hotel Madinat Jumeirah Dar Al Masyaf if you"re looking for a hotel with valet service for your visit to Dubai.

If you want an adult-only hotel in Dubai, some of the best options for adults only are Arabian Park Hotel, Hotel Jumeira Rotana and Hotel Centro Barsha by Rotana.

According to our clients, if you´re travelling with children, the best hotels in Dubai are Hotel Madinat Jumeirah Dar Al Masyaf, Hotel Raffles Dubai and Grosvenor House, a Luxury Collection Hotel.

If you want to save time, the hotels in Dubai with express check-in and check-out are Grosvenor House, a Luxury Collection Hotel, Jumeirah Beach Hotel and Radisson Blu Hotel, Dubai Deira Creek.

Some of the options for hotels with non-smoking rooms in Dubai are Grosvenor House, a Luxury Collection Hotel, Hotel Raffles Dubai and Hotel Madinat Jumeirah Dar Al Masyaf.